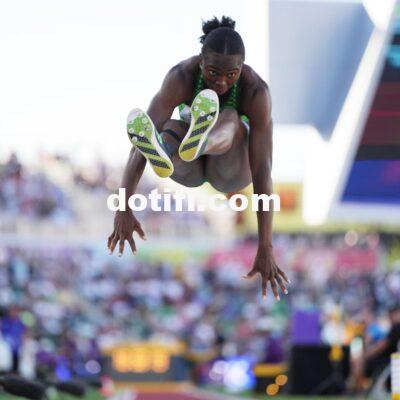 Spread the love
thanks for the views we appreciate : 1

African long jump record holder Ese Brume reclaimed the Commonwealth Games long jump title in record-breaking fashion Sunday evening at the Alexander Stadium in Birmingham.
The Nigerian, 26, who first won the title in 2014 as an U20 athlete was absent in the Gold Coast, Australia four years ago to defend her title.
With a World Athletics Championships silver last month in Oregon, USA, Brume returned to the Commonwealth Games stage with just one thing on her mind: to reclaim her title and she did it by breaking the 6.97m Games record held by Australia’s Bronwyn Thompson twice.
Read Also:#2022CWG: Amusan Inspires Nigeria To First Ever Commonwealth Games Women’s 4x100m Gold
Brume began her journey to the top of the podium with a foul but returned with a big bang in the second, a huge 6.99m to set a new Games record.
She equalled her Games record in the fourth round again after jumping 6.81m in the third before finally putting the icing on her cake with Games’ first ever 7m jump.
The World Athletics Championships indoor and outdoor silver medalist hit the 7m mark to set her second Games record of the night and become the second Nigerian track and field athlete in Commonwealth Games history to win gold medal at two editions of the Games.
She is also the third Nigerian track and field athlete to win at least two gold medals at the Games after Blessing Okagbare (100m and 200m in 2014) and Tobi Amusan (100m hurdles, 2018 and 2022 and 4x100m in 2022).
Brume is the second Nigerian woman to win the long jump gold medal after Modupe Oshikoya first won it in 1974 to become the first Nigerian woman to win the gold medal at the Games.
By Dare Esan in Birmingham

Some Youtube Videos May be Unavailable not Online Or Offline Pls Bear With Us !

No votes so far! Be the first to rate this post.

We are sorry that this post was not useful for you! 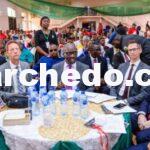 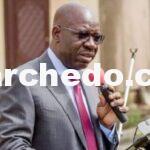 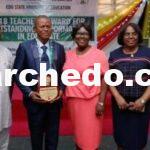 EBONYI: S.A ON MEDIA ENJOINS MEDIA PRACTITIONERS TO BRING IN THEIR PROFESSIONALISM 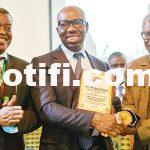 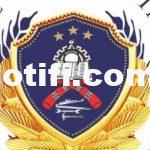 Edo Poly sets up 3 institutes to tap opportunities in maritime, horticulture, others 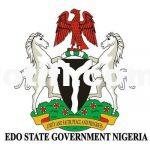 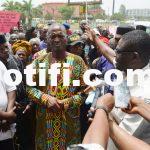 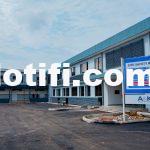 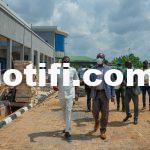